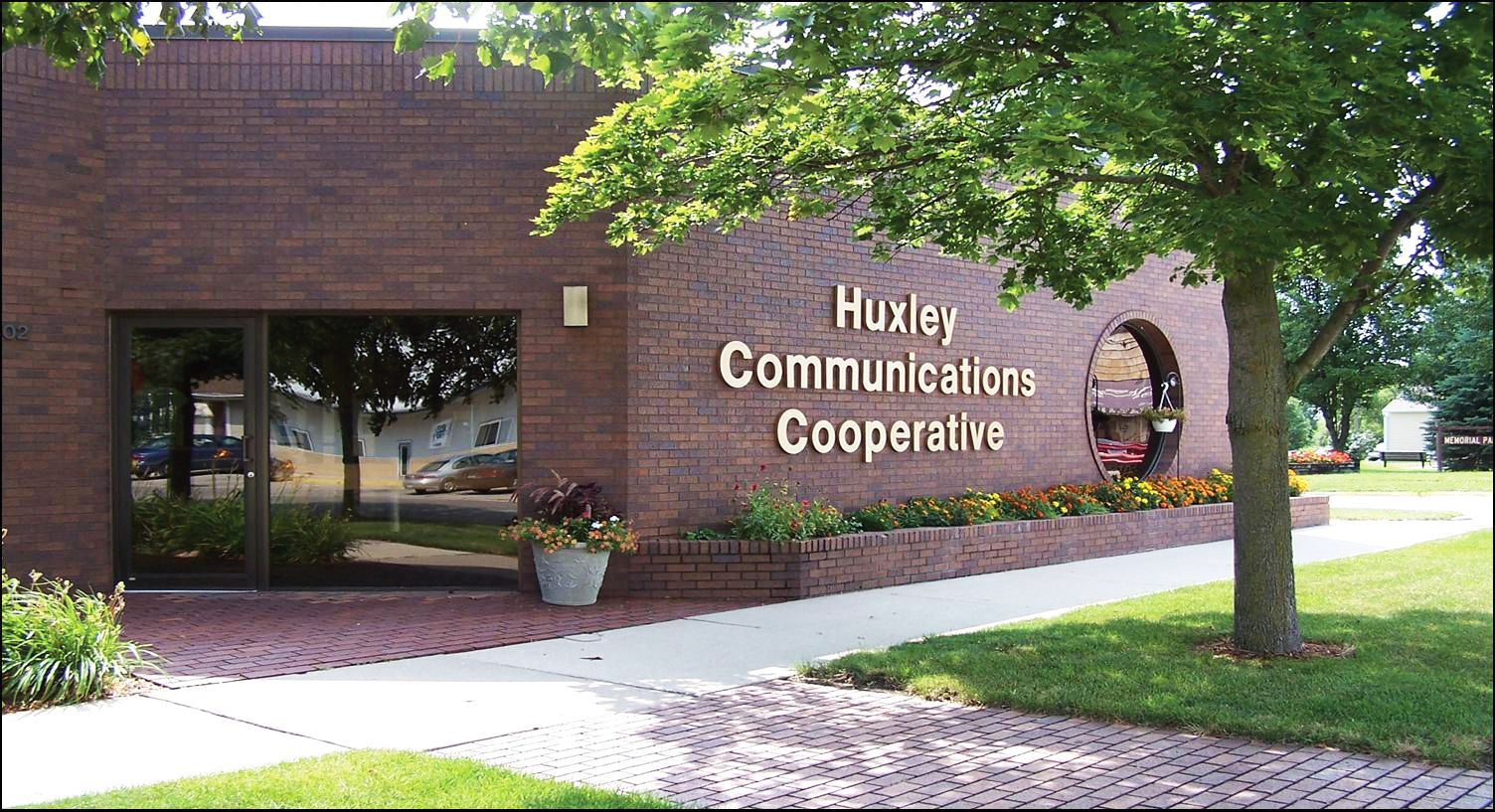 Huxley Communications Cooperative is proud to be an integral part of the Ballard & North Polk communities in central Iowa, providing advanced telecommunications services to over 3000 cooperative members and customers. We serve the communities of Alleman, Cambridge, Elkhart, Huxley, Kelley, Luther, Sheldahl, and Slater.

Huxley Communications began providing local telephone service around the turn of the 20th century and since then has grown our menu of services to include fiber optic internet and SkitterTV service.

We continue to expand our service areas and will soon include the community of Madrid, areas of North Ankeny, and rural Ames.

1933 | The building was bought where the switchboard was located and still is today!

1937 | Reorganized as a cooperative and renamed: Huxley Cooperative Telephone Company.

1956 | Board meeting voted to install the dial telephone system, eliminating the need for operators.

1972 | Larger equipment room was added, consolidating all machinery under one roof.

1980 | Business office was temporarily moved across the street for a raze and rebuild of the office building.

2002 | Expands by offering all its services to the towns of Slater and Cambridge being one of the first telecommunications company in Iowa to install fiber-to-the-home technology.

2005 | Once again expands to offer all its services to the communities of White Oak and Elkhart by installing a state-of-the-art fiber optic network.

2011 | Began offering premium internet speeds becoming one of the first ISP’s in the country to deliver 100Mbps to a customer.

2016 | Partnered with SkitterTV to begin offering a 100% digital, IP based cable TV product.

2019 | Expands its fiber to the home service area by offering internet and SkitterTV to the community of Sheldahl.